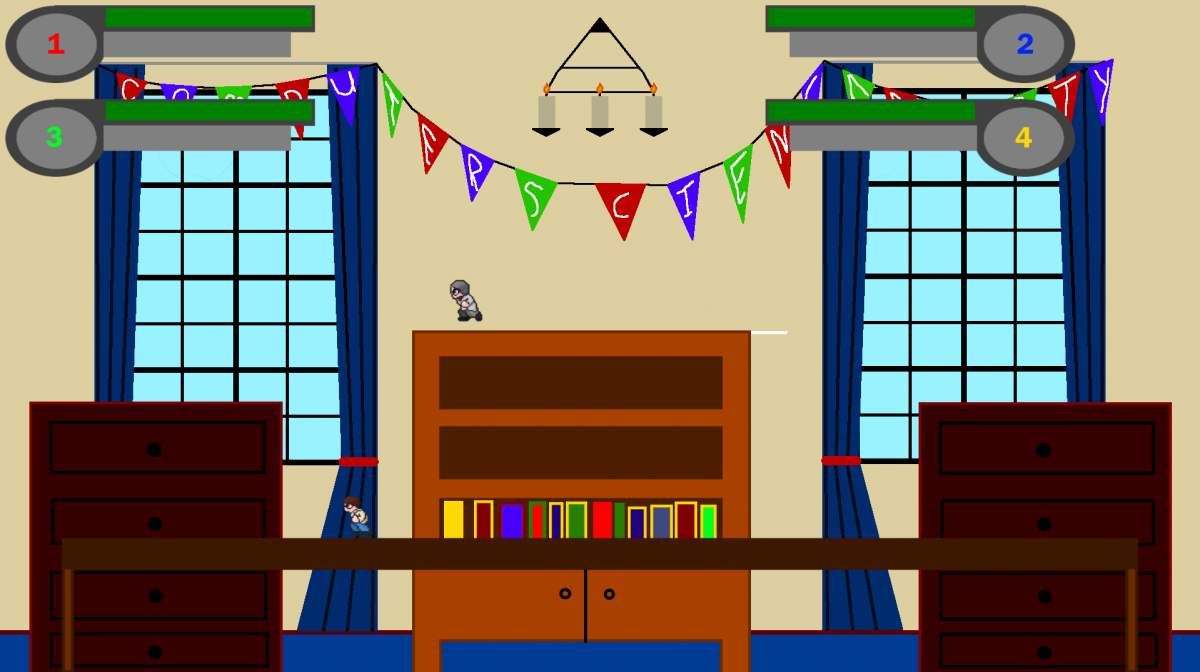 Four people battle it out in an arena using ranged and melee weapons. Each character has a special meter, which they can charge up allowing them to execute an instant KO. This game successfully made it to the finals.