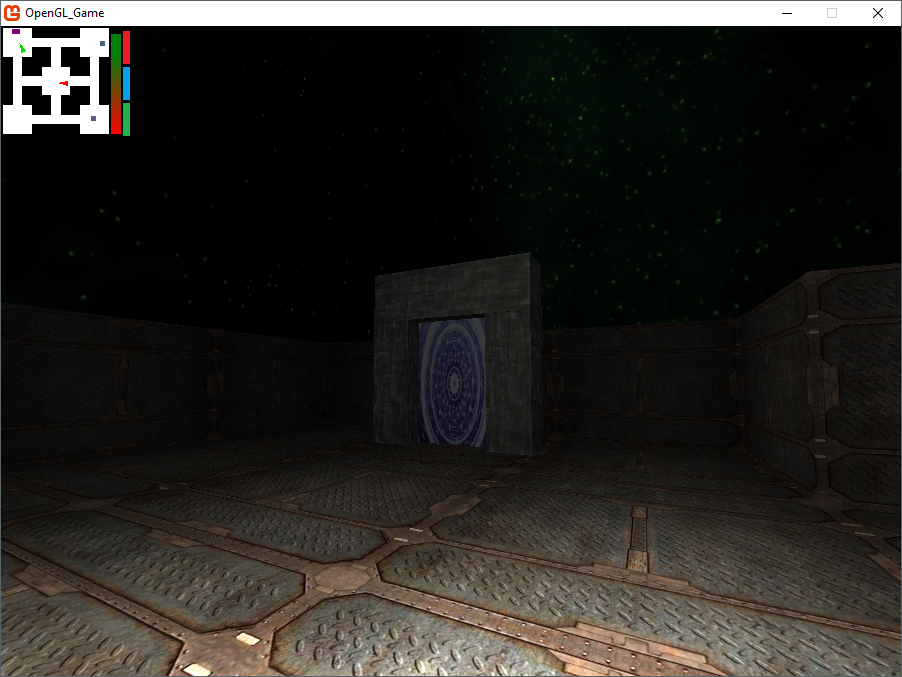 Gather the keys to the portal so you can escape the maze. Don’t forget to avoid the obstacles and the enemy drone or it might cost you your life.

A first person maze game created in C#, the aim is to collect all the keys to escape through a portal without being killed by the enemy drone.

I was responsible for creating the AI for the drone, loading & rendering the level, the controls, the keys, the portal, as well as creating some of the models.

The level is loaded through a text file, meaning that it is configurable at runtime. A simple grid of characters is used to determine the position and orientation of the walls around the maze.