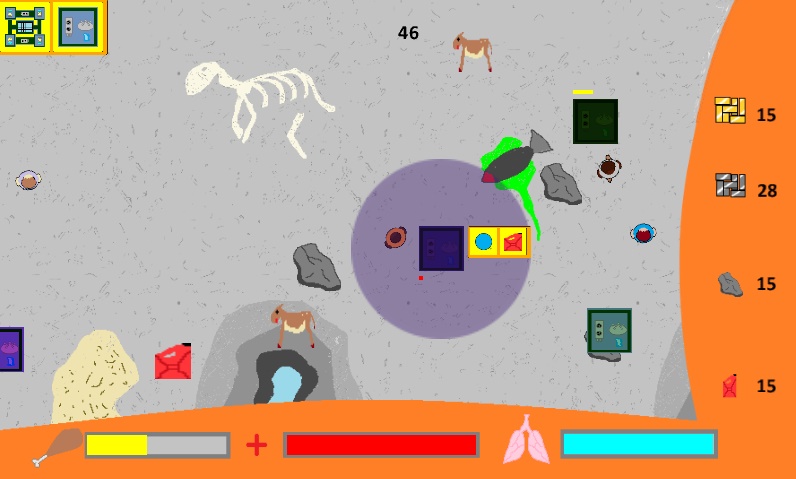 Top down survival game based around territories and resource management. This game was created as part of the Commercial Game Development Module for a client. The client worked in the psychology department and wanted to create a game to study humans reaction to the invasion of territorial boundaries and the theft of items.

The game is set in a nuclear wasteland with no breathable air. The player must place buildings that provide oxygen bubbles, and collect resources from the surrounding landscape. The player can also trade resources with the AI, attack them, steal their resources or buildings, or place a turret to defend there own.

I was responsible for creating the framework for the game, all of the building code, including placing buildings, the building UI, upgrading them, re-supplying / re-fuelling the buildings, capturing buildings, as well as the oxygen bubbles. I also created the turret and projectile code, player combat, and some of the trading mechanics.